People, come onboard the plane, Noise Journal International Airlines #7013 is ready for take-off. Don’t forget to obtain your champagne from the airplane’s foyer, feel free to make friends with the captain and party with the cabin crew, we are here for you! Let’s go!!!

Denver again, year 2016. Echo Beds published the ‘New Icons Of A Vile Faith’ LP which sold out, but in the summer of 2018 they cautiously unveiled the striking industrial noise experiment of ‘Licking Wounds’ off that album. High quality urban industrialism in here, listen!!!

Still in the twilight, still in 2016. Ward Of Cause consists of conservatoir musician, Irini Tini based in Athens GR. All the way through her musical meander she stopped for a bit at the ambient darkwave-oriented realm. With some help from her man and another friend, WOC offered the simply outstanding album ‘Antinomy’. Later on Irini Tini with her man George Katsanos (another conservatoir musician) formed Incirrina which we will meet very soon. For now, listen to that fabulous ‘Deconstruction’ in all its poetic and groovy glory!!!

December 2018, Incirrina published on only digital format their debut ‘8.15’ LP. Here comes now Geheimnis Records and I copy from the press release “Curved with analogue synthesizers and the romantic British poetry of the iconic 18th century poet and painter William Blake, Incirrina will present their debut album through our label in 300 vynil copies (half on black and half on grey vinyl). Exact release date at the end of October 2019″. Synthesized, analog and darkwave electro bliss, that’s all I add with a note: on vynil too! I give you the imposing ‘Mad Song’ off the album!!!

Earlier in the summer 2019 we presented the new album ‘Transfigurations’ by the Californian outfit Cellista. I recall the last words from that review “some things in art are beyond genres and music styles while some of these records are simply useful and edgy.” Nothing has changed on that and I still insist on that album which will be among the top picks of the year. ‘Look Homeward, Angel’ is a complete work of art, just listen and watch!!!

I am telling you this, after a hiatus of several years, Medicine has returned to the forefront of the alternative shoegaze music scene with their new long-play ‘Scarred for Life’ which was released October 4, yeah! This LP continues a rich tradition of feedback-saturated noise-pop experiments dating back to 1991, when Brad Laner formed the iconic band with Annette Zilinskas. Want more? Medicine’s current line-up sees Laner, Goodall and Zilinskas reunited, along with guitarist Matt Devine, who played with Medicine on their last US tour in 1995 and also joined the band for
their 2014 appearance at Austin Psych Fest. So my dears, ‘Listen To The Band’!!!

We are in the city of Lyon en France. Let’s meet Decibelles who play Rock Français, with their eyes on indie rock and their ears clogged by that dearly beloved to them noise rock bundle. They published the official video of ‘Je Suis Seule’ from their latest hell-of-an-album on October 4 and we must listen to it louder than the usual. That’s all, dare!!!

Amour Records brings together the crème-de-la-crème of Greek producers, singers, songwriters and musicians in a brand new portfolio: ‘Grecospectiva’.  Starting of with the beloved 90s, 14 artists joined forces in the very first compilation of the series, transforming songs that influenced them the most. The compilation album was released last summer on June 21 and among the artists we find Lia Hide covering Placebo’s classic ‘Without You I’m Nothing’.  Here, Lia Hide leaves her soul and her bones bare and steamy. In other words, what a performance dear Lia Hide!!!

River Drivers from Philadelphia published their new  ‘Big Oak Road’ LP on October 18. The band is a four-piece whose unique passion-infused style of music draws from Celtic, Americana and Appalachian influences and features powerful and distinctive vocals. Their repertoire strikes a fine balance of original songs and more obscure folk songs, resurrected from deep folk vaults. ‘Children’s March (Mother Jones)’ is the opener of the album and a must-listen song, absolutely!!!

This is Elizabeth The Second, from Padova, Italia! ‘No One Cares’ is the first taster off their forthcoming debut album ‘Two Margaritas at the Fifty Five’ slated for release November 9. It is all grunge, alternative rock, as punk and Brit-rock also blend together in a really marvelous release. The Italian power-trio is fully loaded with rock and roll, babe!!!

‘Spectacle 1’ was the title of the long awaited last album by Florida’s post-punk diamond outfit Push Button Press, yes! The record was released last December and I am ashamed I haven’t noticed it for such a long time, sorry dears, I am inexcusable for this. I recommend ‘Transfiguration’ from that album as it literally took me in its own storms!!!

‘Black Rainbow’ is the brand new official video off the latest ‘Colors Bleed’ EP by Asheville’s post-punk outfit Crooked Ghost. Once again, the band from N.Carolina blends its dream punk style with all the shades of post-punk, and if it is hard to understand what they may sound like, please watch the video and focus on their music!!!

Important Message Read: PledgeMusic’s bankruptcy devastated many artists. NOCTORUM was among them. This stunning duo is comprised of guitarist/singer-songwriter MARTY WILLSON-PIPER (The Church, All About Eve, The Saints, Anekdoten) and producer DARE MASON. Having honored all pledges made out of their own pocket for their new album ‘The Afterlife’, they are now releasing ‘The Afterdeath’ EP in order to recoup those funds.  A GoFundMe campaign has been set up, where  pledgers will receive this digital four-track release, which includes two unreleased tracks from ‘The Afterlife’ album sessions and two new cover versions. This EP is available until October 31, when the campaign ends!!!

After ten long years, Arizona’s significant post-punkers Audra are back with the new album, ‘Dear Tired Friends’. It sounds like nothing has changed much about them as they still play gorgeous Arizona Gothic rock music! Only that, they sound wiser and utterly in the groove for it all. The leading track is ‘Tired Friends’ and we welcome them back with the loudest applaud they deserve!!!

Tina Mar (guitar, bass, backing) and Stefan Scott (vocals, keyboards) are Caput Medusae. The duo from Germany plays Darkwave music and they need some attention. You see, ‘Angerona’ is their first ever attempt to gather the masses around them. Debut single from Caput Medusae and we put it on repeat at once. That’s why they are here, show them some love,  listen to it!!!

Another debut with the purpose to magnetize the senses came from Asheville again. Polyhymneia cast in the winds her first ever demo please, ‘Mausoleum’ on October 4. Cold and darkwave minimal synth music and I strongly recommend ‘Daemon’, listen why!!!

The fantastic shoegaze/ garage rock band from Los Angeles, Tombstones In Their Eyes, is about to release the new opus ‘Maybe Someday’ LP on November 15. Already, the first taste came with ‘Open Skies’ which is a fantastic song (fantastic song!) with a fantastic video too, get ready for this!!!

We are still in L.A. this time with Beauty In Chaos who released ‘Beauty Re-Envisioned’ album last summer. That album featured numerous music luminaries, including Wayne Hussey (The Mission), Simon Gallup (The Cure), Robin Zander (Cheap Trick), Pete Parada (The Offspring), dUg Pinnick (Kings X), ICE-T (Body Count), Michael Aston (Gene Loves Jezebel), to name only a few. I said “Wayne Hussey from The Mission”, right? Here is the man in ‘The Long Goodbye {Au Revoir}’ from that album!!!

Do you remember Mylene Farmer from France? Do you recall her stunning dark pop/ synthpop style and motion? I found ‘M’effondre’ which is a brand new Clip Officiel from this year’s double CD and triple vinyl release ‘Live 2019’.  All lights on her please, a glorious singer and an exquisite performer on stagew, watch!!!

Last, but not least at all as all of the names on this playlist are important to us, and as there is no ranking here but only love to them all, comes our man David J (yes, that guy from the legends Bauhaus, yes) with the official video of ‘Copper Level 7’ which is included in his last album as you read all about it here in Noise Journal.

That’s all folks, I hope you enjoyed this flight with all our guests today. See You All Soon!!! 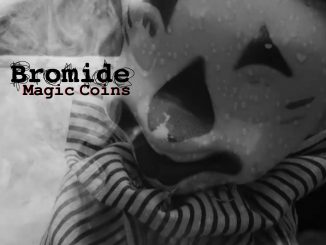 Carrying Capacity: The Pathetic Wisp of Our Collective Attention Span 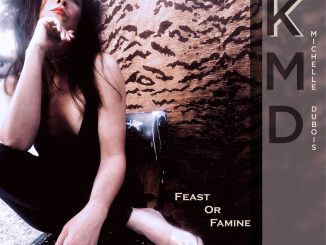