At this point, Republican Sen. Cory Gardner’s “teletownhalls” have become something of a running joke among his Colorado constituents. Refusing to face them in person, he’s instead utilizing a private company’s teleconferencing service (read their terms of use here) to hold one-sided monologues peppered with about a dozen questions from his fellow Coloradans over the course of hour-long calls announced at the last minute.

Earlier this week, Gardner held yet another call–this time live-streamed on Facebook. The fact that you could actually see the senator didn’t change the basic format. Concerned constituents got the chance to ask a question, then were digitally silenced as Gardner answered the pieces he wanted to, while avoiding the parts that had the potential to make him and his party uncomfortable.

This format has worked well for him in the past, providing the opportunity to jump on the next distracting troubling issue fired his way without the trouble of follow-up questions. This time, though, callers were paying attention; and they refused to back down on the hot topic of the night: Trump’s ties to Russia and his business conflicts of interest.

The first question came about five minutes into the conference call, when a constituent brought up the recent Denver Tax March that drew about 10,000 participants: “I’d like to ask you if you’ll stand up, [and] represent Coloradans–the majority of which do want to see trump’s tax returns and do want an independent investigation into the Russia issue,” she said.

Gardner’s answer? “Everybody should have the opportunity to release their tax returns.” And let’s be fair here, why are we picking on poor Donald Trump? “I think everyone should. It shouldn’t just be about President Trump. It oughta be about President Obama, President Bush. It oughta be about whoever’s running for president–Hillary Clinton, you name it; they should have done that. I think that’s something we should all expect of everyone when it comes to their tax returns.”

Except, you know, Hillary Clinton did release her tax returns. So did Barack Obama, as well as his birth certificate after years of harassment by our current president. Besides, Clinton lost. Obama’s not in the White House. But Republicans seem to want all of the bad things about the Trump presidency to be about Clinton and Obama because, well, that’s apparently the easiest way to dodge responsibility for reality.

This didn’t go unnoticed by Gardner’s constituents as voter after voter pushed for more answers, which raised more questions, which dogged the senator through the entire call. The next question was about nepotism and Trump’s frequent–and incredibly expensive–visits to his personally-branded properties as well as the conflicts of interest arising with every dignitary that stays at a Trump hotel and every weird advertisement for Mar-a-Lago on a taxpayer-funded website. Gardner dodged that one completely, framing it as a question only about the frequency of Trump’s visits.

A couple of questions later, another constituent pushed back on his dodge. On camera Gardner was calm and collected, but the frustration in his voice is evident in the audio. As are his answers as they evolve from, basically, “nothing to see here” to “I certainly don’t support outrageous spending on travel–when it comes to travel by any president–and we have to hold them accountable.”

You can listen to our edit of the call–embedded above–in which we focus on the questions surrounding Trump’s Russia ties and conflicts of interest, and you can listen to the call in its entirety below. Colorado Pols also put together a rough edit of the Facebook video which you can watch here. 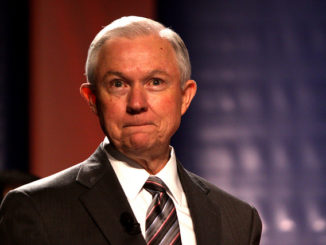