Big news day for stoner My Bloody Valentine and Slowdive fans everywhere! According to National Geographic, marijuana may cause “intense shoe-gazing.” This doesn’t come as a shock to us at The Stoner’s Journal, being that weed and shoegaze are two of our favorite things, but it’s nice to see it put out there by a publication as esteemed as NatGeo. We had no idea they were into either extracurricular.

In a mega 5,000 word cover story for the June issue of the nearly 127 year old magazine, writer Hampton Sides delves deep into the world of cannabis, examining its genetics, chemistry, hazards, and the promising science that is just now becoming accessible due to the plant’s burgeoning legality. The article is called Science Seeks to Unlock Marijuana’s Secrets and it’s really good. You should read it.

Anyway, here’s the paragraph that caught our eye:

Ganja is simply around us more, its unmistakable but increasingly unremarkable smell hanging in the air. Yes, smoking it may lead to temporary laughing sickness, intense shoe-gazing, amnesia about what happened two seconds ago, and a ravenous yearning for Cheez Doodles. Though there’s never been a death reported from an overdose, marijuana—especially today’s stout iterations—is also a powerful and in some circumstances harmful drug.

Then again, you probably already knew that. We ourselves consider it a fine side effect.

While you’re here you may as well fill your stoned brain with hours and hours of the best of the new breed of shoegaze courtesy of newly minted Raphalite Records, which has apparently taken over Ear to Ear’s shoegaze back-catalogue: 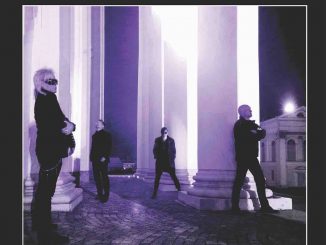