It feels like we’ve reached a breaking point. In the last 48 hours, Donald Trump has threatened to revoke the broadcasting licenses of news organizations that don’t flatter him. He’s mused out loud his disgust at the fact that “the press is able to write whatever they want.” He’s taken it on himself to destroy the Affordable Care Act through executive order. Just before that, he coerced a private professional sports organization into restricting its players’ First Amendment rights through threats of tax penalties. People in Puerto Rico are dying.

Scroll down for full text of letter and downloads.

Then again, it always feels like we’re at a breaking point. Trump began his campaign for president calling Mexicans rapists. He demeaned American war heroes and their families. He boasted about sexually assaulting women. He refused to release his tax returns. Once elected, he proceeded to install arguably the most corrupt and inept cabinet in American history.

He’s defended Nazis. He’s demonized minorities. He and his motley crew of enablers, sycophants, and billionaires are working desperately and efficiently to destroy the American system of democracy from within. They know this is their only chance.

It always feels like we’re at a breaking point.

Evidence that a foreign power supported his campaign with the campaign’s knowledge and encouragement is growing by the news cycle. Accusations that his businesses were straight-up Russian money laundering facilities are growing more and more convincing. His administration has shut down State Department press briefings while his supposedly Christian press secretary lies gleefully from the podium during the intermittent press conferences that were once held daily under every past administration in recent American history.

Deborah Harbin, a professor and friend of mine, has had enough. She spent days drafting a letter pleading with our congressional leaders to stand up and do the right thing. Point by point, it devastatingly rips apart the Trump administration’s legitimacy. It’s eloquent, it’s effective, it’s the right letter for the right time.

“I’m afraid of our government,” Harbin said. “I recognize that Trump is just one extreme and particularly virulent symptom of a government corrupted over many decades. But he is directly attacking our ideals, yes, but also our neighbors and our allies and our friends. He’s hurting the poor, and he’s doing so callously and dismissively. He dismisses the concerns of the black community using words like “patriotism” and “free speech,” all the while demonstrating through his actions a disregard for the essential freedoms the U.S. was (meant to be) built on.”

Slowly but surely, Republican congressmembers are speaking out. The most recent example is Senator Bob Corker of Tennessee. His much-hyped Twitter feud with Trump, paired with a brazen interview with the New York Times–in which he made sure reporters were taping the conversation–has put a crack in the dam.

Harbin’s letter looks to hammer at that dam, and spread those cracks. It’s a shame that a year ago we were looking forward to putting a million cracks in the glass ceiling, and now we’re simply trying to put 52 cracks in a corrupt wall of silence bolstered by the folks who are meant to be representing our nation’s best interests. But here we are.

Read the letter in full here. Emulate it. Use it as a template. Send it to your reps.

To all Senators, Members of Congress, and other government officials:

I am writing to you to urge you to join the effort to remove Donald Trump from office by whatever means you determine most fit, whether under Article 2, under the 25th  Amendment, or by other legal means. It has become nakedly apparent to a growing majority of The People that Donald Trump is unfit to serve as president. He launches continual attacks on the safety, security, & liberty of The People, often focusing his unjust aggression on individual Americans. He threatens the republic by undermining essential constitutional protections, alienating our allies abroad, & willfully agitating nuclear powers to rise up against us.

There is no way to exhaustively address in one letter the mountain of violations that Donald Trump has committed since Election Day. For that reason, I will address the three categories of safety, security, & liberty in brief, knowing that you as governmental leaders are familiar with many other examples.

This list of grievances is so abridged that it barely begins to chronicle the ways this president makes Americans fearful, aggrieved, threatened, & insecure. We are only recovering from one shock when another one rolls over us. We just get our balance from the fact that our Muslim neighbors are being attacked to find that our black neighbors are being attacked; we stop grieving the attacks on our National Park System to turn our attention to attacks on our educational system. I wrote this letter on the 11th  and now, on the 13th, am sitting down to add that in the last 48 hours, Trump has directly threatened the free press with presidential censorship and has also attacked the poor and the stability of the health care system by withdrawing funding Affordable Care Act subsidies. Each new action feels to many of us – by the polls, perhaps the majority – like a fresh and direct assault against us.

I would venture to declare that when we look at his actions, we can see that Donald Trump, our nation’s Commander in Chief, tasked with defending the constitution, is an enemy of freedom. He does not want a free press, free speech, or freedom to practice religion. We, The People, see what is happening, & we’re scared.

At this stage, there is no option but removal. Donald Trump’s presidency is so fundamentally damaging to the foundation of the nation that he cannot be allowed to continue as president. Please take actions to impeach Donald Trump or relieve him of his duties. It is essential that government leaders unite to do so before he does even more damage. 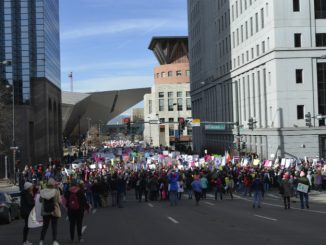 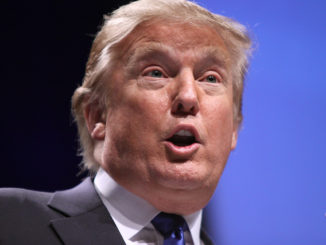 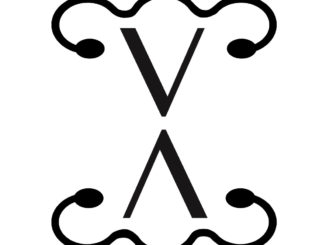 We Stand: An International Compilation In Support of Planned Parenthood