Montreal electronic trio Raveen is out with a new album Friday, and the band was kind enough to take the time to answer some of our questions. The album, Always, was teased with a single of the same name–a lush and melancholy track backed by a string quartet and gorgeous female vocals. Reminiscent of the heart-felt music created by trip hop act Alpha, Always finds the band stepping away from the trappy beats of the past and into lavish melodies and pristine production, with introspective themes of love and grief. Give the single a listen right here, then jump to our questions, as the Raveen’s Eric Seguin touches on their inspiration, production, and travel plans.

Thanks for taking our questions! Your new single, while not quite a departure from your earlier work, feels richer and a tad bit more vulnerable. The vocals really shine. Can you tell us a little bit about your new direction?

Thanks for noticing. We certainly feel the same way.

This record is the result of us pushing ourselves artistically and musically beyond our old comfort zones, and we hope it shows how we’ve grown over the years as producers, listeners, and artists. Where once we drew from more contemporary influences, for this record we reached back to more classic examples of vocal-driven records that were meant to be listened to as a cohesive whole, including but not limited to earlier R&B and the pop albums that we grew up on.

The direction itself isn’t an entirely nostalgic one necessarily. You can hear us drawing still from modern hip-hop production, contemporary indie, and electronic influences, but at its core it is the latest in a trajectory in which we’re constantly striving to be as true as possible to who we are as both a group and as individuals. To do so it was necessary to go back to what drove us to make music in the first place, which was at least partially the album format and the artistry that can come from that structure. Perhaps that’s the vulnerability you’re hearing–an attempt to go deeper! Who did backup vocals? Will you be working with them in the future?

Our friends Kate, Alexis, Sara, and Morgan were primarily responsible for the backing vocals on Always. They’re all amazing vocalists with personal projects and careers of their own so if we can ever get them all in the same place again, we’ll be very blessed and grateful.

Were I to guess, I’d say that you’ve been digging into the crates and listening to some old trip hop. Alpha comes to mind. Who have you been listening to?

In terms of trip-hop, you’re right. Maybe not Alpha so much, but early Portishead and late Massive Attack were heavily in rotation while we were crafting the sounds that would appear on the record. Additionally, we’ve worked in the past with our friend Joel Garden who continues to inspire us with his trip-hop laced beat tapes and electro-acoustic driven sound design.

Otherwise, we listened to a really diverse array of music while making this record. I even made a little spotify playlist to give an impression of where I was at taste-wise at the time.

Is this single a taste of things to come in a new full-length?

The single is from our first full length and will be released July 28th via So Sorry Records (some of the loveliest souls under the sun).

You have a tour coming up and you’re hitting a lot of Canadian spots. Any chance you’ll be visiting the States anytime soon?

It’s true, we’re staying close to home this time. But we have every intention of coming stateside as soon as we can, hopefully for a festival of some kind. So much of America is gorgeous and it’s Stokely’s (one third of Raveen) homeland so it’s a big goal for us to get down there ASAP. 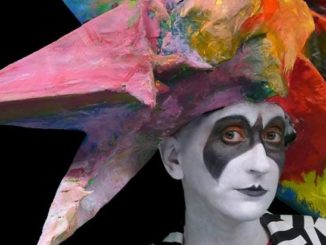 Artist of the week: Rachel Mason 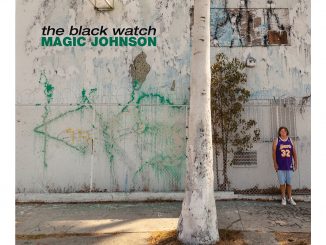 An Enjoyable Interview with John Andrew Fredrick of The Black Watch 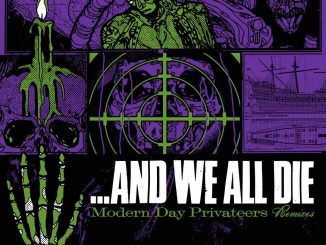