I was eighteen when I first bought “ecstasy.” It was at a house party. To be honest, I don’t remember much about that night; I was there with a girl whose name I don’t recall. The music was probably hip hop; the crowd predominantly white. I was most likely drinking. I do, however, vividly remember the transaction–the acne-scarred guy in the white baseball cap, the description of the pills as “White Mitsubishis,” the surprising openness of the whole thing. I had money in my pocket. I went for it. I think I acted pretty cool, like I knew what I was doing.

It would be another week or two before I finally stirred up the courage to actually try it. I had experimented some as a teenager, but never really enjoyed my drug experiences. Alcohol’s lame, but it was readily available and popular so I typically took that route. I tried smoking weed a few times but always got sick. Maureen Dowd sick: A slow, dark, churning spin that was impossible to break out of with anything but time. Impossibly long periods of time. I realize now that I just didn’t understand proper administration and dosage, but as far as I was concerned at that age, weed sucked. I had overdone it on caffeine pills, taken too much cough medicine…pretty trivial shit, and none of it fun. But I had an overwhelming curiosity about drugs. There had to be something to it; drugs fueled a cultural revolution, after all. People I knew really enjoyed them, my favorite musicians celebrated their use. And, most of all, the government hated them. I must have been doing something wrong.

Still, I was terrified. Beyond my personal bad experiences and the howling anti-drug propaganda that poisoned the air of the eighties and nineties, I was raised to believe in a spiritual realm. I was taught that there is a spiritual element to literally everything: Music, clothing, toys, sexuality, and drugs. Especially drugs. My dad explained to me that acid opened doors in your mind and heart that you could never close. I devoured novels by Christian supernatural thriller writer Frank Peretti in which brutal spiritual proxy wars between angels and demons were fought in the everyday lives of Americans. The demonic forces were described as hideous and disfigured–foul and rancorous creatures who gained greater control of their hosts’ lives with every experimentation and act of promiscuity. Sure, these were novels–works of fiction, but that’s not how they felt to me. They seemed more like entertaining and horrifying illustrations of a a world I did believe existed. There was a good chance that demons were just hanging out in the chemical binders and waiting to enter my life, as much a part of that cute little white pill as the Mitsubishi emblem imprinted on the top.

Living with my parents, I was scared that if I brought the pill inside the house I could expose my family to something horrible. Or maybe mom would sense it and know. Either way, not worth the risk. That pill stayed in the car.

Not that I was going into this with no rational reasoning. The internet was still a baby but I had access to a fantastic computer lab at my friend’s university that–at the time–had nothing in the way of content filters. In the weeks leading up to the happenstance purchase, I had actually been doing a lot of reading about MDMA (the common abbreviation of the actual chemical name given to what we call “ecstasy”), and had a basic understanding of its effects and how it “worked” by, basically, causing the release of most of your brain’s serotonin into the synapse and recycling it until it’s all gone. I thought about it. I planned it out a bit.

When I finally went for it, the come-up seemed impossibly long. It was probably only a half hour, but a half hour is an almost unbearable time to wait when you’ve crossed the line of no return and have no idea what the results are going to be. Like waiting for a test score or a credit authorization–except you have less control over the results.

The first thing I noticed was the glow. I was in the passenger side of a friend’s car on our way to a small get-together, looking out the window. The dusk sky seemed to grow deeper in color, while closer objects–branches on trees, streetlights–developed a soft glow, creating dimension I had never before noticed. It was subtle. Gradual. The thing about true hallucinations is that you don’t usually realize you’re hallucinating. It feels real. It is real. By the time I realized that I was seeing things differently, I had already accepted it as reality. And, for the night, it was my reality.

A distinct sense of well-being quietly washed over me as I was taking it all in. My thoughts became clearer, more identifiable, and easier to articulate. The music coming from the car speakers sounded better. The conversation turned from wondering whether or not it would ever kick in to me describing in detail–annoyingly, I’m sure–every little thing I was thinking, feeling, and seeing. Luckily for the driver, we shortly arrived at the house.

Stepping out of the car was slightly disorienting, but it took only a few seconds to adjust. It was a mild winter, and the dry air felt warm and welcoming. The suburban soundscape a muffled roar, not unlike the deafening quiet city-dwellers enjoy after a heavy snow. I felt grounded and alert: Confident as we knocked on the door and introduced ourselves to the hosts we didn’t know.

I honestly couldn’t tell you what the house was like. I remember it being inviting and comfortable. Clean and airy. But it could have been a total dump and it wouldn’t have mattered. The people were friendly, the music was good. They were very curious about what I was experiencing and tactfully attentive. A couple of them had tried ecstasy before and gave me tips, answered questions. I’m sure I talked their ears off.

“I had never experienced anything like the physical effects of MDMA. Everything just felt good. And not in some ridiculous network television sense of “feeling good on ecstasy.” I wasn’t admiring the beauty of the refrigerator or trying to hump the sofa; as a matter of fact, I felt no sexual desire at all.”

Did I say the music was good? The music was fucking incredible. I had never heard music sound like that, though I had heard some of the albums before. Music had always been very important to me; hell, it defined me as a teenager. But all of the things I loved about it were amplified by the drug. The closest comparison I can make is to that feeling you get from that one magic show you’ve been to. That show where the stars align: The sound is perfect, the band clicking perfectly with each other and connecting to the audience right as they hit your favorite song. When everything about that concert just comes together and you’re lost in a moment of hysterical bliss, the memory of which will provide a lifetime’s worth of goosebumps….the way music sounds to you at that moment is the way music sounded to me that night. All of it.

I had been moved by music before, though, and blown away by the beauty of nature. My memories of being emotionally affected by these things acted as a sort of constant–a point of comparison. I had never experienced, however, anything like the physical effects of MDMA. Everything just felt good. And not in some ridiculous network television sense of “feeling good on ecstasy.” I wasn’t admiring the beauty of the refrigerator or trying to hump the sofa; as a matter of fact, I felt no sexual desire at all. Don’t get me wrong–human contact was incredible. The girl I was dating was at the party, and I never wanted to leave her side. There was a lot of innocent touching. Hand-holding, cuddling, arm-around-the-shoulder-type-stuff. It transcended sexuality–I pulled her as close to me as I could and wished our bodies would merge together. We didn’t even kiss that night.

I soon realized why the act of getting high on ecstasy is referred to as “rolling.” A sensation started in my chest very similar to the jolt you feel during a first kiss or a surprise promotion at work. But warmer and constant. I remember thinking it was like the glow I saw on the leaves outside, but inside my body. It was an energy, bright and fuzzy, and totally controllable. If I focused on it–and that wasn’t hard–I could move it, literally “roll” it from my chest to my stomach and back up again. When I closed my eyes, I felt the connection between the ball of energy and my synapses.

It was a true peak experience.

During one of our frequent smoke breaks (another amazing thing when rolling: Tobacco), I told the driver that this was the most amazing thing I had ever experienced. I said, “If Heaven is half as good as the way I feel right now, it would totally be worth giving up all earthly pleasures and devoting your life to Christ.”

Of course there was no celestial element to what I was experiencing. There was a perfectly rational scientific, psychological, and biological explanation for the bliss I felt. And while there very well may be no god or Heaven, there is a man responsible for pioneering that science and realizing MDMA’s potential, resynthesizing the chemical after it sat unused on Merck’s shelves for more than sixty years.

Alexander “Sasha” Shulgin was a chemist, pharmacologist, and author who launched his scientific career with the Dow Chemical Company in the 1950s. While there, he developed a biodegradable insecticide whose patent Dow gladly accepted in exchange for wide (and salaried) latitude in Shulgin’s personal research. Of course, the company eventually realized exactly what it was he was working on and in 1966 they parted ways.

But Shulgin continued his research and development, creating nearly 200 psychedelic compounds, some of which are commonly used in research and recreationally today. MDMA is obviously one of them, as is the “2C* family” of drugs, and analogue syntheses of psilocin (the psychedelic component in mushrooms). He tested them all on himself first.

In 2005, he told the New York Times, “I understood that our entire universe is contained in the mind and the spirit. We may choose not to find access to it, we may even deny its existence, but it is indeed there inside us, and there are chemicals that can catalyze its availability.”

You know, Dad was right about those doors: There are some entrances you walk through and can never look back. I see the world very differently now–I have a better understanding of myself and my place in it. I’m more tolerant of people and different points of view. I mean, if I could take one little pill and experience the world completely differently as me, how different must it be for that guy in my office who I know nothing about? That angry driver on the road? The barista having a shitty day at Starbucks? Some doors you can never close. And that’s not necessarily a bad thing. Shugan understood that. The changes in your life as a result of a drug experience are not the work of Satan and his legions; they’re the result of scientific research.

Alexander Shulgin died earlier this month at the age of 88. His research has made millions of lives better, if only for a few hours. 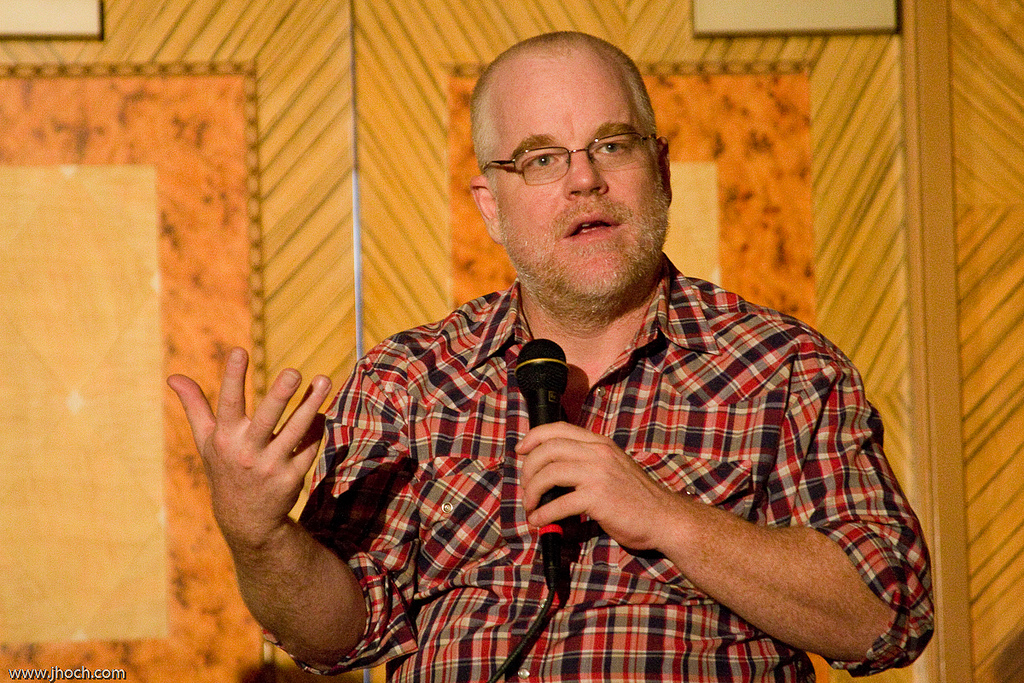 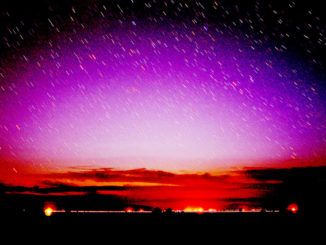