When Hot Pockets announced their “new and improved” line of what they call “sandwiches” last year, they did it with all of the gusto and new-media firepower their corporate conglomerate parent Nestlé could muster. An enthusiastic press release announced the launch of their “Irresistibly Hot” (™) online campaign featuring a lousy music video with Snoop Dogg and Kate Upton, a predictably unfunny relationship with Funny or Die, and a YouTube channel full of even more bad ideas and horrible videos.

Well, it turns out those new, better, savory, premium meats were being sourced from Rancho Feeding Corporation, whose product the USDA recently recalled, stating that the company “processed diseased and unsound animals and carried out these activities without the benefit or full benefit of federal inspection.”

Mmmmm how’s that for premium?

The USDA went further, saying that they recalled more than 8 million pounds of meat produced by Rancho because “the products are adulterated, because they are unsound, unwholesome or otherwise are unfit for human food and must be removed from commerce.” Rancho Feeding Corporation, “a small processor of both older dairy cows and niche, pasture-raised beef cattle,” apparently processed diseased animals at a California plant and shipped the meat product off to California, Florida, Illinois, Oregon, Texas and Washington.

So, obviously, Hot Pockets are not the only product associated with this recall. Walmart and a bunch of local grocery chains also announced recalls. But the Hot Pockets connection is what made this catch my attention, and I think this is where the story really picks up steam. The Huffington Post, CNN, and a bunch of other organizations have been reporting on this since February 9th, but the USDA press release didn’t officially go out until February 14th. Nestlé has now announced a voluntary recall of certain types of their Hot Pockets.

The world of meat packing and distribution is a terrifying one. It seems there is some sort of recall every time you turn on the news. E. Coli, “unwholesome,” whatever. In what it referred to as a “slip-up,” this very same company, Rancho, literally just recalled more than 40,000 pounds of meat in January. Say what you will about the effectiveness of our regulatory oversight; it obviously fucks up, but I’m glad it’s there. Imagine if it wasn’t.

That said, I know this video is getting a ton of hits right right about now: 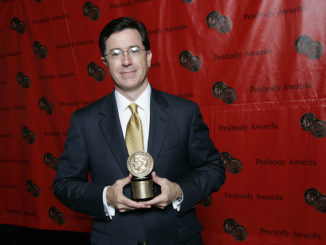 2 Comments on Nestlé Recalls Hot Pockets Made With Diseased Meat