I considered covering the first day of legalized recreational pot sales. Having been up all night celebrating the dawn of a new year, though, and looking out my window to see snow billowing and ice accumulating right as I considered making the drive to check out a local dispensary, I made the responsible decision and stayed in. It was the right decision regardless of the weather, but that snow set me straight for sure. The good news is that there was no shortage of coverage: The major news networks had their local affiliates out in the freezing cold with endless footage of the long lines and the corniest of jokes and lead-ins. Denver’s local indie rag had pretty good reporting, though I’m pretty sure its writers were in rough shape like I was because their coverage took a while to pick up. There’s still a lot of great coverage out there as recreational sales bank more than $5 Million Dollars in less than a week. As goes Colorado so goes the nation in this realm, so the best coverage has, of course, been local; but there has been some good national news as well.

After visiting my local (medicinal only, for now) dispensary a few days ago, I learned that there can never be enough reporting as I watched several potential customers walk in, past four very hard-to-miss signs and ask the weary staff if they could buy weed there. For those of you unfamiliar with the exact rules right now, there are about fifty recreational shops open in Colorado (most in Denver), but on the first day there was only about a dozen. The state has received hundreds of applications but the rules and requirements are so complicated that there is a for-profit “academy” out there to aid navigating the terrain.

So read up! Here are some of our favorite purveyors of pot news:

Denver Westword: This longtime and well-respected independent newspaper in Denver was the first in the nation to have a weed reviewer and have been covering the recreational scene like nobody else. They’ve been my first stop for all weed-related news since Amendment 64 first hit the ballot and are doing a fantastic job covering everything from long lines on day one to legal complications and comprehensive lists of which dispensaries are licensed and which plan to move forward with rec sales (answer: all of them). They’ve also recently changed the header for their “Marijuana” section from “MMJ” (medical marijuana) to “MJ” in recognition of the recent legal changes. Nice.

The Denver Post: Everybody knows The Denver Post–it’s the New York Times of the Rockies. But in recognition of the recent changes in law and culture, they’ve hired a “weed editor” and started a new section devoted entirely to marijuana called The Cannabist. It looks like they’ll be edging into Westword’s until now exclusive territory of reviewing dispensaries and product, as well as Q&As and legislative coverage. They also published a pretty great photo gallery the day sales went live.

Colorado Springs Independent: While the Colorado Springs City Council has refused to allow recreational sales within city limits (medical is permitted–this is a decision each local government is allowed to make in Colorado), their local indie paper is doing a good job of covering not only local politics surrounding the issue, but statewide reporting as well with their “CannaBiz” column. Manitou Springs is just outside Colorado Springs city limits and they have permitted retail sales. The Independent is the place to watch as their store(s) open and the inevitable crowds from superficially conservative Colorado Springs swarm in search of good, legal weed.

In addition to starting a WEED FUND, The old trusty High Times has had some decent coverage of what’s going on in Colorado, including this piece on the high prices that retail customers face.

Al Jazeera had a good gallery.

Time, CNN, The Huffington Post, and The Washington Post are all worth looking at as well for their solid coverage. 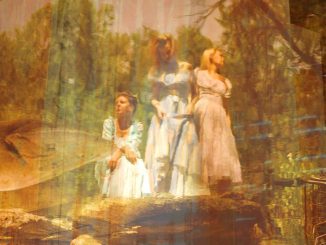