The stop button has disappeared. Once ubiquitous, these buttons with the solitary but powerful impressed square were seen on every device from the Walkman to DVD players. If a device played media, it had a stop button. Those devices were all at least partly analog, of course, and in mainstream culture those sorts of devices are now pretty much dead. But most digital media players we use today mimic the appearance of the typical play/pause/fast-forward/rewind control display we were used to seeing on VCRs or a Discman. All that’s missing is the stop button.

Take a look at iTunes or your Google Play Music player; now take a look at YouTube and Netflix: Not a stop button to be found. Thanks to the magic of Google Instant, you can see that a search for “stop,” turns up the following common search topics:

You’ve got your stopwatch, your “stop and frisk,” the usually-accompanied-by-a-sharp-elbow-to-the-ribs “stop snoring,” and something apparently popular and referred to as “stop and shop” (I didn’t click). Resisting the diversion, and typing a quotes-surrounded “stop button” into the search engine gets you a lot of results for stop buttons that I’m sure are very popular at construction sites and nuclear facilities worldwide. There are a lot of PowerPoint-friendly images out there of big cartoonish buttons with the word “STOP” written sternly across them. There are uncountable complaints that specific buttons on browsers and devices have stopped working. But nothing about the stop button I’m looking for–the one that has disappeared with zero fanfare.

Sure, there’s this poor guy in 2012 lamenting the demise of the stop button (and spoiling my planned headline) in a Spotify forum. I don’t use Spotify, but apparently it doesn’t have a stop button either. He got five responses and the thread is now inactive. There’s also a film blog that calls itself The Stop Button. You should check it out–it’s pretty good. I, for one, never knew that Ron Howard directed Willow. To be fair: My DVR and accompanying remote control both have a stop button, but I never use it on either. Your browser very well has a stop button that flashes quickly when a page is loading but instantly turns into a refresh button once its done. When’s the last time you used that?

There was a time that the stop button was vitally important to the consumption of media. You weren’t going to get your cassette out of that console unless you hit it. You couldn’t return that VHS tape until you pushed it. You could just hit the eject button, but that was universally frowned upon. Something about the motor. If you left a cassette player on pause, the rumor was that you’d burn up the tape and totally ruin that brand new album you had just dropped a ten-spot on. Or fry your player. CD, DVD, and Blu-ray players were the same; if you left one of them paused, that continuous whirring was worrisome, and you’d be lectured that you’d melt the machine. Again, if you hit eject without hitting stop, you were also running a risk! Why would there be a stop button if there wasn’t a reason to press stop?

The stop button died and nobody cares. In this age of everything vintage nostalgia—cassettes included in that, by the way–you’d think people would miss this once vital accessory. It would be very easy to spin this into a narrative about the reckless inhibition and trespassed boundaries of millenials, or the speed with which we abandon once sacred pieces of culture as technology moves forward with or without us. But, more realistically, people probably don’t miss it because they never really thought about it. I mean, I was a teenager in the 90s; there was a time I lived without the internet, but I can barely remember what life was like before Google. What’s a little old button? 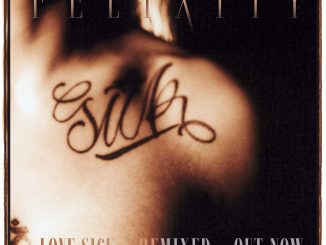 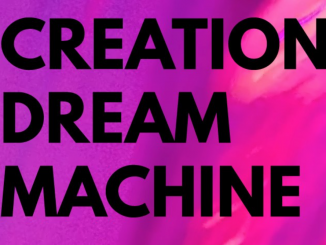