I’ve been rocking skinny jeans for a long time. Not to say that I see myself as some sort of fashion trailblazer; I definitely don’t. I’m just a trendy dude. I was rocking overalls and Hypercolor in the early 90s, gigantic JNCOs and Karl Kanis later in the decade. As the new millennium dawned my style also moved forward. My clothing began a slow, sure contraction: Shirts became slimmer and more form-fitting–bearing fewer logos–and the legs of my jeans significantly more narrow with each purchase. And while definitely not a trendsetter, I am typically just far enough ahead of the curve that I have a difficult time finding clothes I want to wear at local outlet stores or shopping malls. And even when I see something I like, being a relatively small guy has made finding the right sizes even trickier than discovering the right style.

Less than ten years ago finding skinny jeans for men was tough. I wasn’t above purchasing and wearing women’s jeans, but the pockets are so damn small; a men’s cut is just preferable. Forward-thinking retailers with European roots such as Zara and Sisley were a good place to look. H&M was getting there. Around 2007 Levi’s released their Matchstick line which produced an amazing pair of jeans that (temporarily) revived in me a long-ago held interest in the brand whose repeated misfires in the 1990s almost brought it to total ruin. The thing was that in order to find those jeans you had to live in a major metropolitan area, and dole out a lot of cash. H&M–though it has saturated just about every world market today—was just ramping up its American expansion. Zara and Sisley currently have fewer than 80 locations in the United States between the two of them. Those Levi’s jeans that I loved so much? $200 a pop. And, honestly, you could forget about shopping online: Zara only launched their online store in 2011, while Sisley and H&M finally joined the world of e-commerce last year. Lucky Brand, Neiman Marcus, Nordstrom, and Macy’s were still pushing boot-cut and loose-fit.

Over the last few years, though, it seems it’s become almost impossible to find anything other than skinny jeans on the shelves of your local clothing retailer. And not just any skinny jeans–we’re talking really skinny jeans. For dudes. Jeans that make the skinny jeans I was paying $200 for back in 2007 look like 501s by comparison

Over the last few years, though, it seems it’s become almost impossible to find anything other than skinny jeans on the shelves of your local clothing retailer. And not just any skinny jeans–we’re talking really skinny jeans. For dudes. Jeans that make the skinny jeans I was paying $200 for back in 2007 look like 501s by comparison. These jeans, made of a denim-cotton/elastane (Lycra/Spandex) blend, stretch like crazy and truly produce a form-fitted look. The skinny jean trend is so pervasive that it literally threatens production of the US dollar.

And herein lies my problem with skinny jeans:

That special Spandex/denim blend seems to make my jeans fit perfectly everywhere…except my ass. And, truly, the best jeans are the jeans that flatter your ass. Note: That’s flatter, not flatten. All is well when you first try them on, wear them out for the first time, or rock them fresh out of the dryer. But within an hour or two the butt of the jeans inevitably begins to sag. The denim around the thighs begins to stretch. Soon, the only thing “skinny” is for some reason the material around your calves. This is not a great look. It may be a popular look–sported by performers like Kanye and The Biebs–but not a great one. And while some of it–particularly in hip hop–can perhaps be seen as a strange cultural mash-up of current mainstream trends with a 90s flavor, I’m beginning to wonder if it isn’t just a sad case of poor design.

But I don’t know. Maybe people really like the look. Maybe dudes want the skinny look on their legs but need a little urban/gangsta flare at the posterior, allowing them to keep their masculinity firmly established. There are some surreal videos on YouTube containing nothing but guys demonstrating their ability to sag their skinny jeans. Maybe they just like the look. Maybe it’s that they don’t have the balls to rock a pair of jeans that hugs them from the hips down.

Women don’t seem to like the look for themselves. Forums are flooded with female advice-seekers looking to avoid the saggy bottom epidemic. Sagging skinny jeans on males seem to be a topic of scorn and ridicule at other forums and social media. But sagging one’s pants has always been a hot button topic, subject to mockery and legislation; could this just be another trend or are we only settling for an inferior product?

Maybe the trend hit the sweet spot, with beautifully structured pretty-damn-skinny jeans minus saggy asses appearing only briefly (and expensively) before the demand for skin-tight jegging-style pants hit the men’s market and flooded our stores with spandex-enhanced saggy booty-denim. Maybe the same fabric that provides the elasticity needed to create relatively inexpensive ultra-tight jeans just doesn’t have the strength to withstand the burden we men put on the clothing that covers our backsides these days: Not only a wallet, but also a gigantic phone-tablet hybrid. That’s a combo just asking for the sag.

Whatever the reasons, I am tired of the look. I love the slim-fit and I love me some skinny jeans, but do not like the obligatory sagging ass that comes along with them. When you see me rocking my skinny jeans, just know the sag isn’t a fashion statement. It’s a sad side effect displayed by yet another fashion victim. 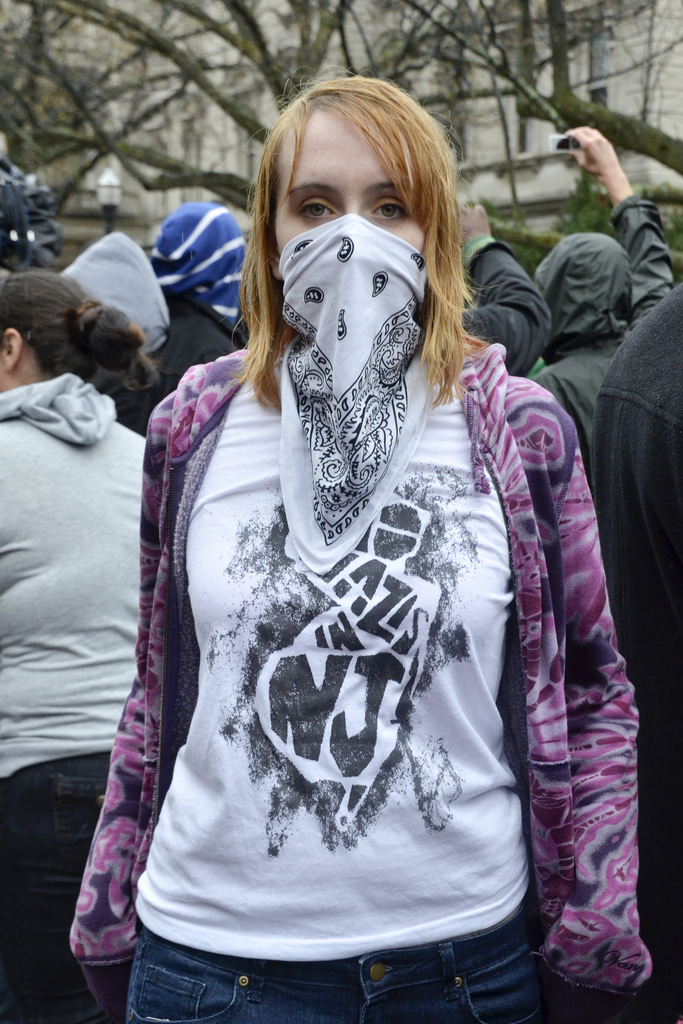